Davis Alexander is back at it this year as a volunteer assistant coach for Pedro’s Lacrosse team. After a 3 year hiatus while earning his Bachelors Degree at University of North Florida, he is excited to be back for the 2016 season. Davis has been playing Lacrosse for 13 years and played while a student at both Nease High School and UNF; he is also still active on a post-collegiate men’s league out of Ponte Vedra. Pedro opens its season on February 11th. 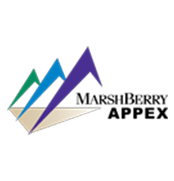